At 11:00 a.m. on March 7, “Saving Pandas”, a mobile game developed by YANUA International in collaboration with Chengdu Research Base of Giant Panda Breeding was officially launched at the Panda Scientific Discovery Center of the research base. This game combines education with entertainment, aiming to raise the awareness of giant panda protection. The protagonist P-5 in the game is modeled on the five giant pandas permanently adopted by YANUA International from the research base in 2006. These five pandas are also the source of design inspiration of the game.

“Saving Pandas” can be found in the Apple App Store and to date its English, Japanese, Chinese, French, Spanish, Portuguese, etc. versions are available for downloading. For more information about the game, please visit www.savingpandas.com. 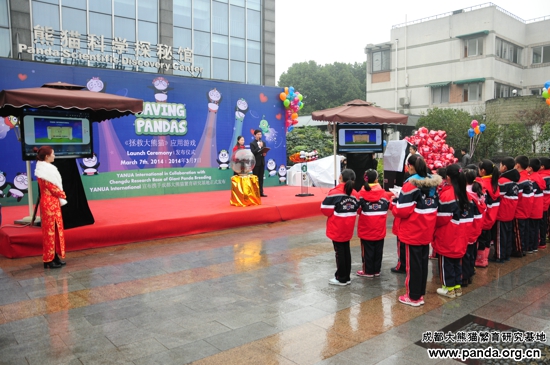 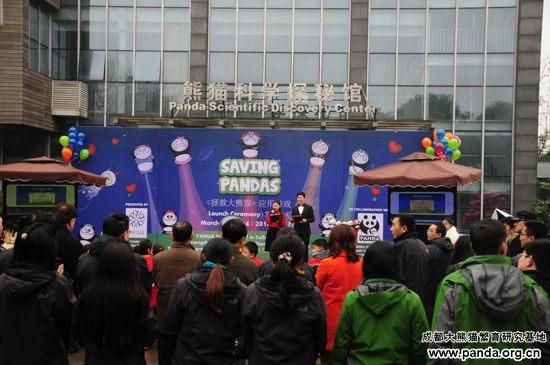 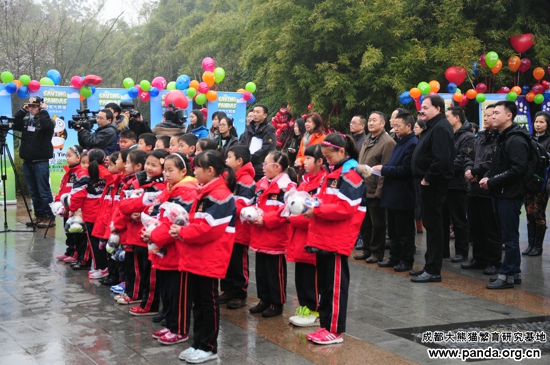 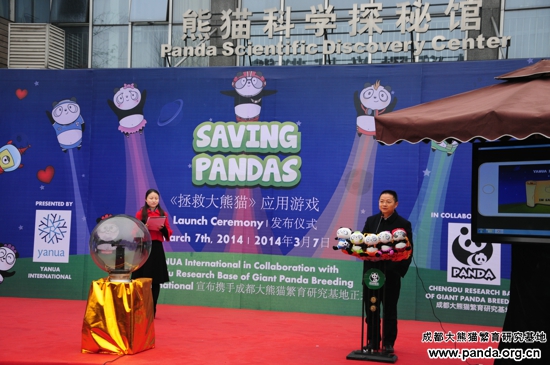 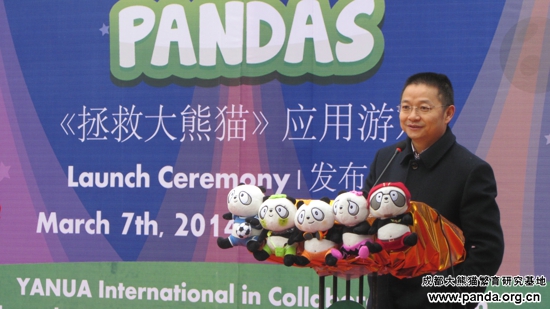 Zhang Zhihe, director of Chengdu Research Base of Giant Panda Breeding, addresses the audience at the launch ceremony. 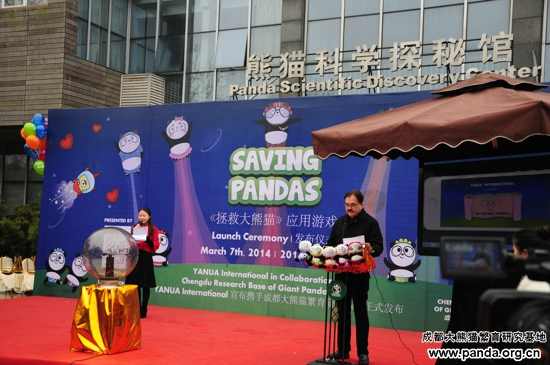 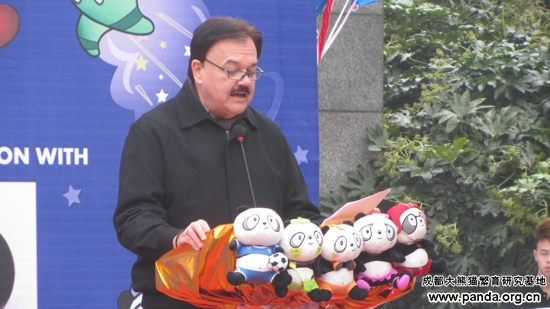 Dr. Richard Helfer, chairman of YANUA, delivers a speech at the launch ceremony. 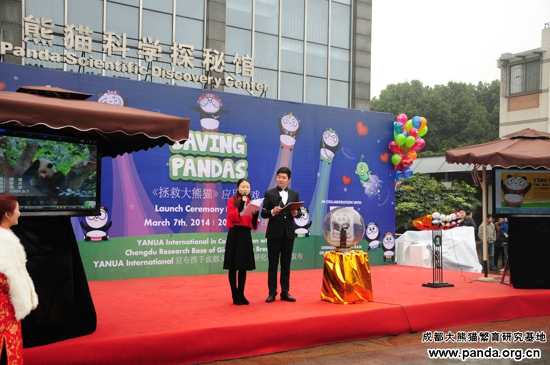 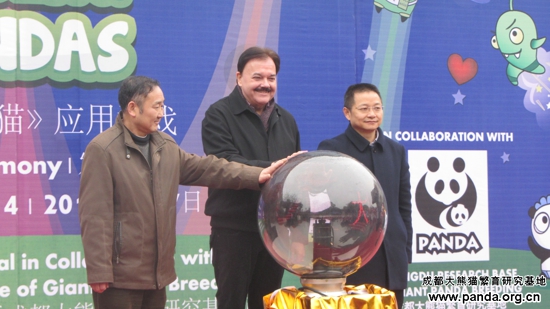 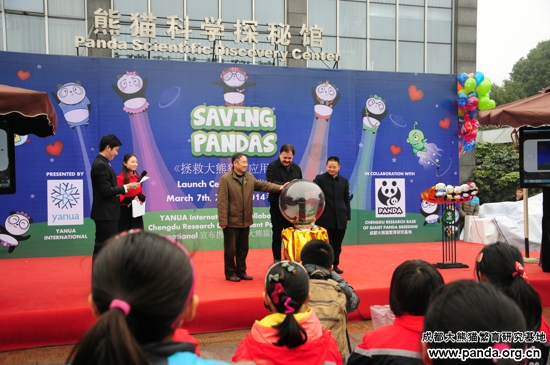 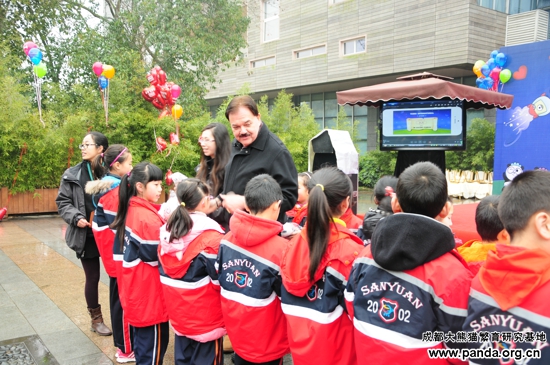 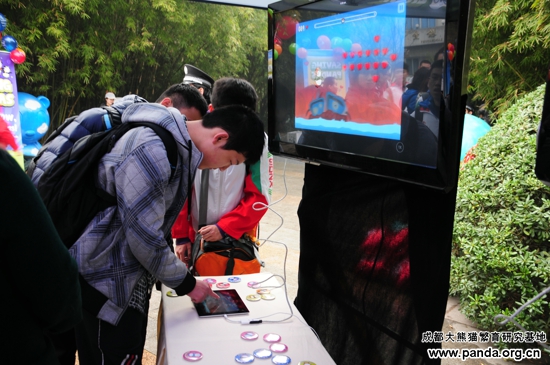 Trial playing of the game 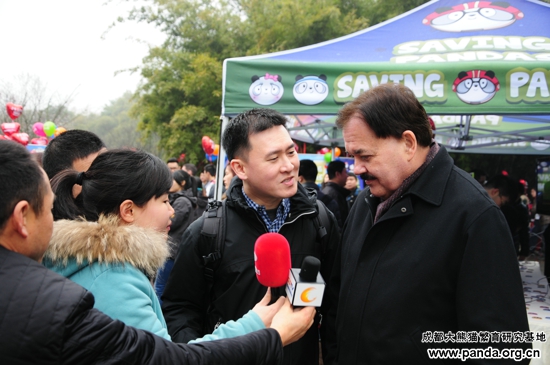 Dr. Richard Helfer (middle), chairman of YANUA, is being interviewed at the launch ceremony. 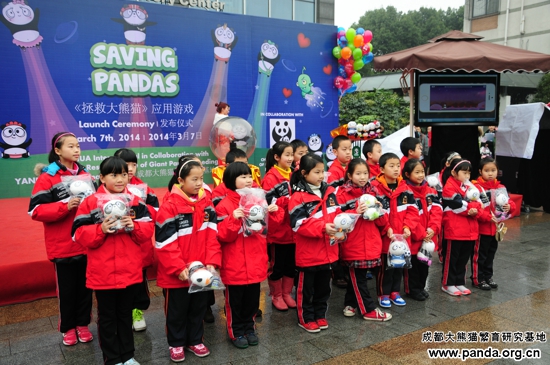 The children at the launch with their gifts. 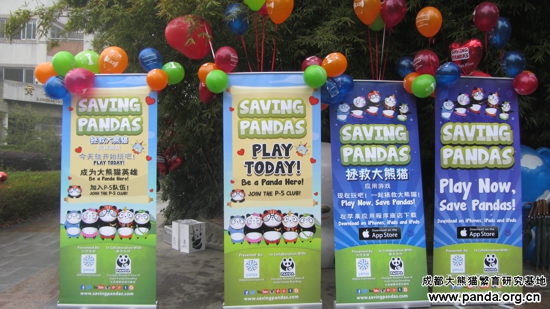