The first “World Wildlife Day” was celebrated this year at the Chengdu Research Base of Giant Panda Breeding (Base). On March 7, 2014, the Base welcomed 130 students and teachers from the Chengdu Shude High School in Ningxia Campus to make a commitment to “reject illegal wildlife trade.”

The scene of activity on the Base was New Museum Square where scientists and educators presented information about six animal species and non-wood forest products. Visual displays and lectures explained in detail the current plight of the species, international and domestic protection laws, and protection strategies as well. The presenters urged everyone to protect wild animals and plants, to maintain ecological balance and to protect the green earth so that humans and wildlife can survive. Finally the students and teachers and enthusiastic visitors signed their names and pressed their fingerprints on the Oath wall, pledging to reject any form of wildlife trade.

This activity has attracted several important dignitaries. John Corrao, Director of Economic Affairs of U.S. Consulate General in Chengdu, and Yu Lan, Commissioner on Environmental Science, Technology and Health Science, were on hand to deliver speeches in support of the Base’s public welfare campaign for wildlife conservation. 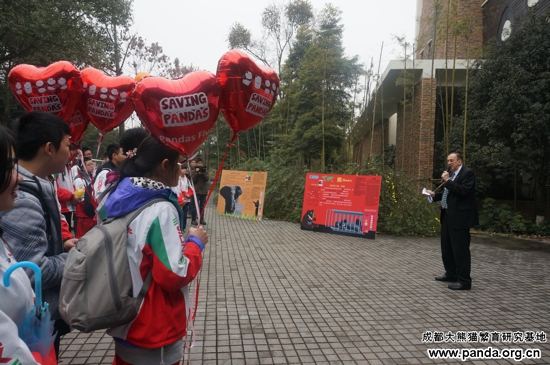 John Corrao, Director of Economic affairs of U.S. Consulate General in Chengdu, made a speech. 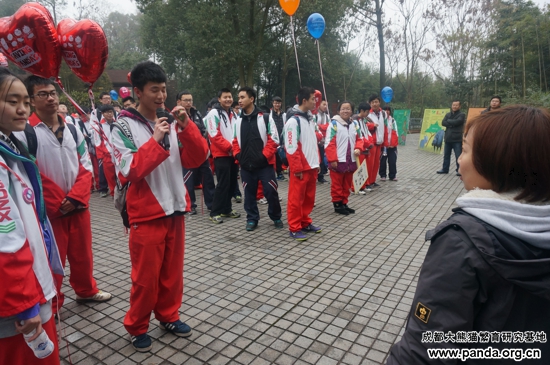 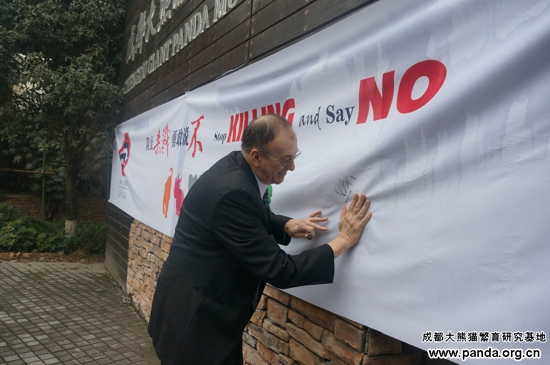 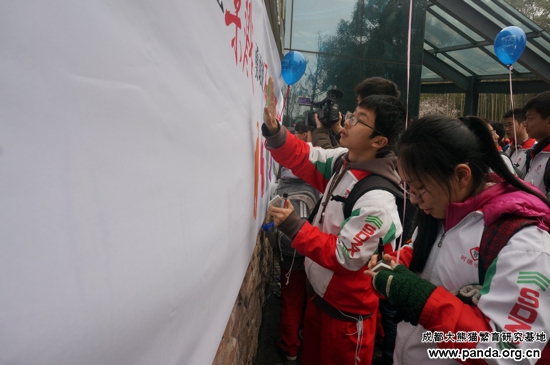 Students signed their names and pressed their fingerprints on the Oath wall one after another as they pledged to reject any form of wildlife trade. 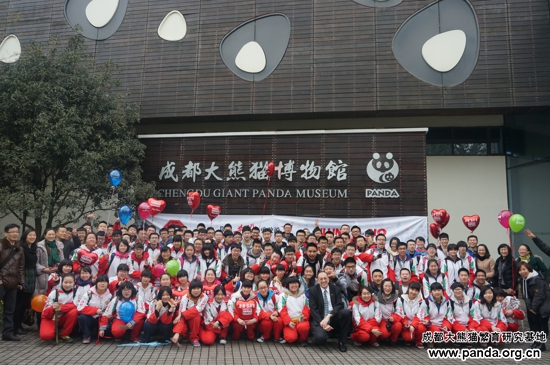