Giant panda Jin Xiao, Zhao Mei’s child, is a new member of the Olympic family at the Panda Base on the opening of the 32nd Summer Olympic Games. Although Jin Xiao is under one year old, she is rather energetic. When the warm spring breeze is blowing the Green Panda Base, Jin Xiao also begins to look for the greenery in spring.

Perhaps the greenery is hidden in the moss on the slopes. The moss growing everywhere on the slopes seems to be telling the vitality of spring. 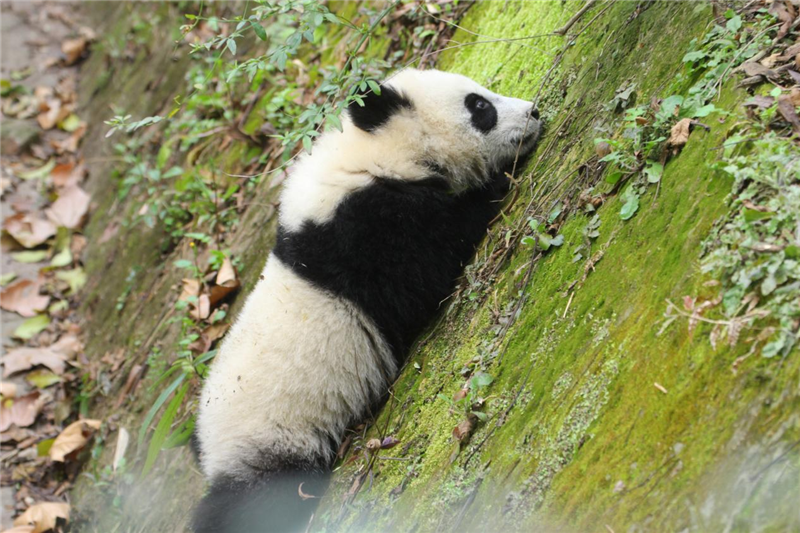 Jin Xiao crawling on the slope

Or perhaps the greenery bursts out under the hard stones. After a spring rain, the green grass softly emerged overnight, showing its toughness instead. 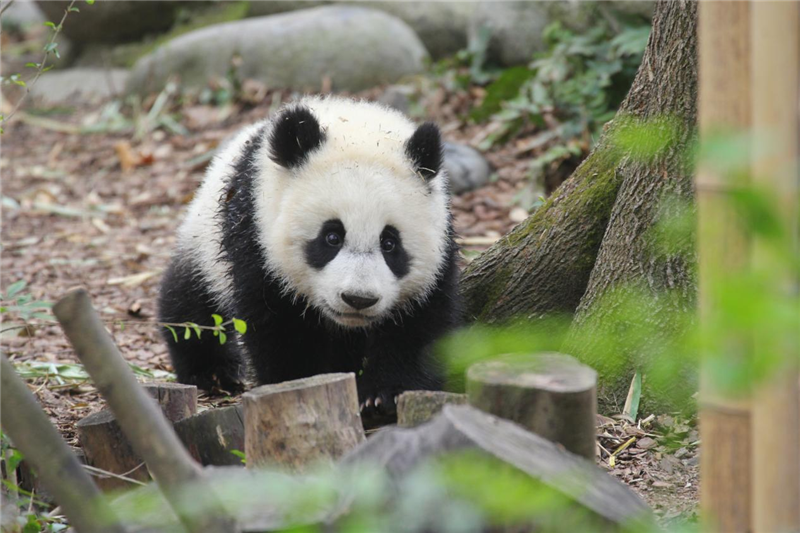 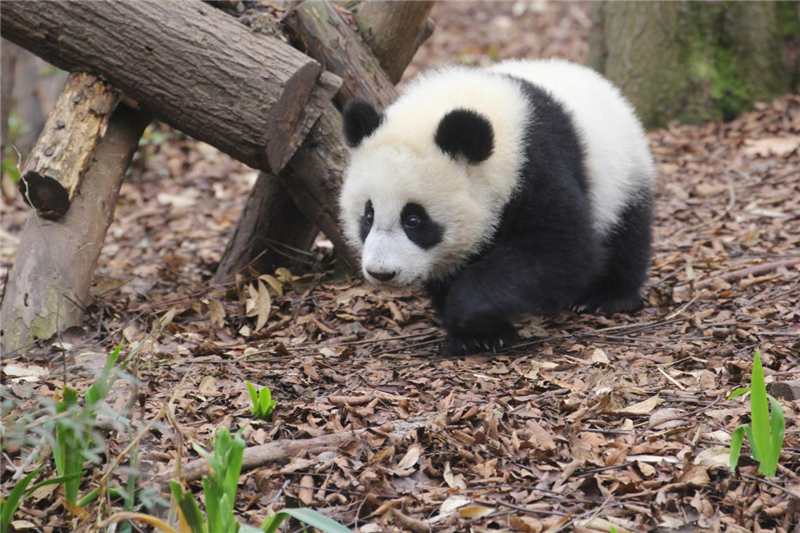 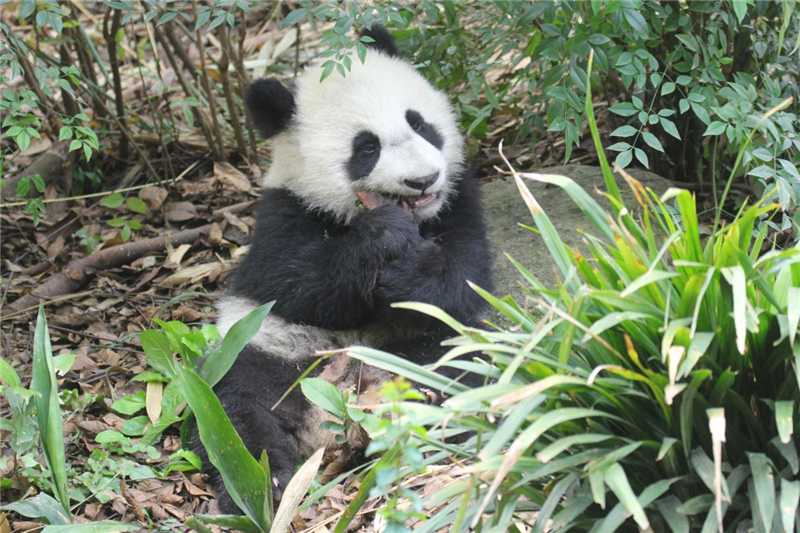 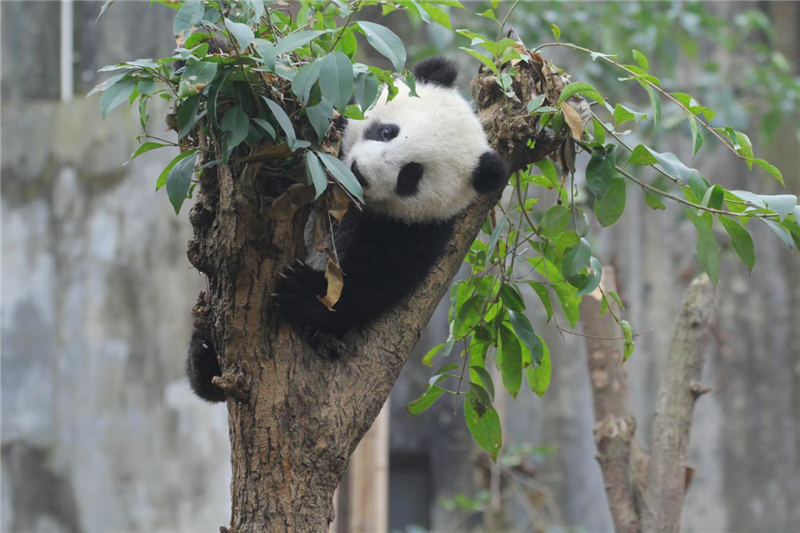 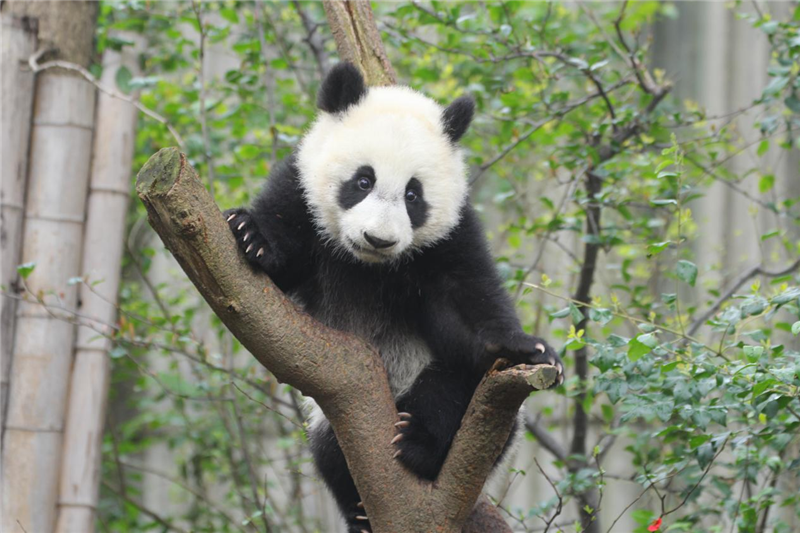 Maybe the messenger of spring scatters greenery in some inconspicuous corners, but maybe Jin Xiao saw the color of spring grass in a place that we neglected. 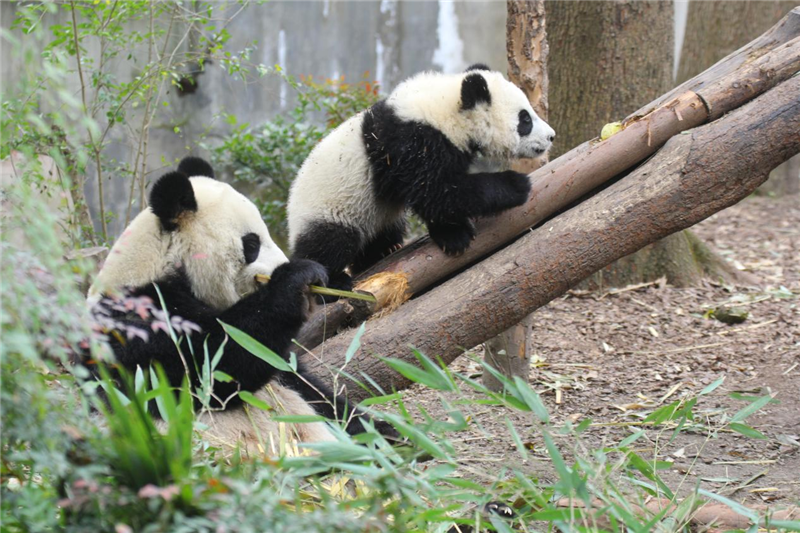 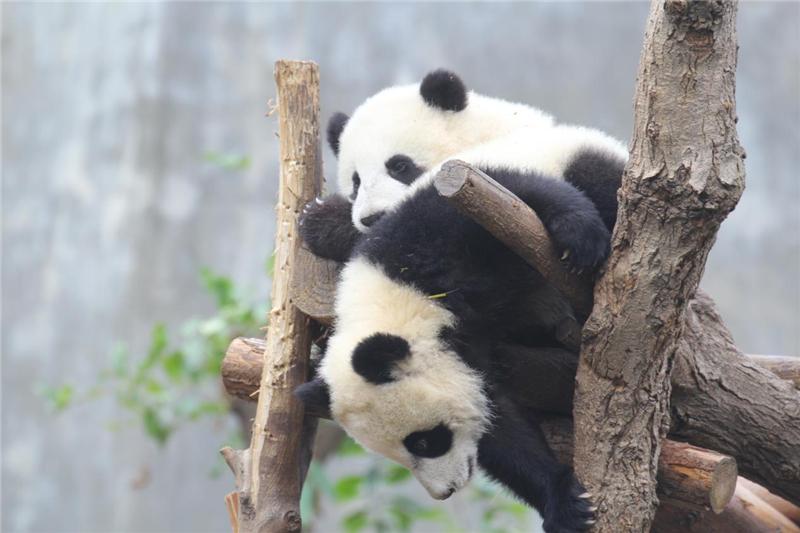